After your attorney files your psychological claim for the injury you sustained during your employment as a DBA security guard, what happens next? The defense attorney will schedule you to be examined by a psychologist or psychiatrist of their choosing. You’re probably wondering what to expect during the examination and what’s the purpose? This is the insurance company’s opportunity to have you examined by a doctor that they have hand-selected to determine the extent of your psychological injuries. This doctor is going to evaluate you and then write a report summarizing the results of the examination. Obviously, this report will have an impact on your case because a Judge will consider their IME doctor’s opinion when making a ruling on your case at trial. There are a few things to aware of in order to be prepared for your examination, but first understand this important nugget of information:

An administrative law judge (“ALJ”) has “the discretion to evaluate the credibility of a claimant and to arrive at an independent judgment, in light of medical findings and other evidence.”  Pietrunti v. Dir OWCP, 119 F.3d 1035 (2d Cir. 1997).  Additionally, 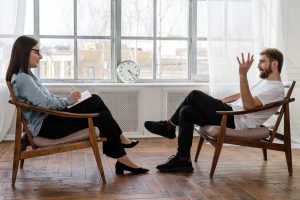 an ALJ is not bound to believe or disbelieve the entirety of a witness’s testimony but may choose to believe only certain portions of the testimony.  Mijangos v. Avondale Shipyards, Inc., 948 F.2d 941 (5th Cir. 1991).

There are several items that can impact a Claimant’s credibility and so the injured worker must remember:

In a recent OALJ decision, Arturo Champi Apaza vs. SOC-SMG, Inc, 2019-LDA-00635, decided May 19-2020,  Judge Donaldson denied a claimant benefits based primarily on the Claimant’s credibility.  In that case the judge concluded “the events [the claimant] claimed to have experienced in Iraq often conflict, are demonstrably exaggerated, and vary to degrees beyond what could reasonably be expected even with allowances for potential memory deficits.”

Now let’s discuss what the doctor is going to be asking you. The doctor will ask you about your background since you were a child, your employment history, and your entire medical history. Answer all of these questions truthfully. Some of these questions can get rather personal, but it’s all in an effort to get a complete report. Make sure to listen closely to what the doctor is asking and provide an answer that’s responsive to the question. Although extra explanation or elaboration is normal in regular conversation, it may be best to keep your answers straight and to the point unless asked to elaborate more. This ensures that the doctor is getting the information he or she needs without you saying something that can be used against you at trial. Everything that you say to the doctor can be written down in his or her report and could potentially impact your case in the future. Limit your answers to the doctor’s specific question. Do not go off on a tangent like talking about other family members.

While you’re answering all these questions, you need to remember that this doctor was, in fact, hired by your former employer. This means that even though the doctor may be nice, polite, and professional, the doctor is also trying to determine to see if you’re potentially faking or over-exaggerating your symptoms. These doctors are trained to see if a person is overselling their symptoms or injuries for a monetary gain instead of for seeking real treatment. If the doctor determines that you are over-exaggerating your injuries or symptoms, he or she will state that in their report, and likely conclude that you are not psychologically injured. This would obviously not be good for your case because now the opposing counsel has medical evidence disputing your claimed psychological injury.

Another very important thing to keep in mind during your examination is that everything you tell the doctor will be recorded in the report and can be used either for or against you in your Defense Base Act claim. This means that a Judge will read the Doctor’s report and compare it to what you’ve said in your statements made during deposition or discovery. The Judge in your case has the discretion to evaluate your credibility based on a number of factors that include, but are not limited to, your testimony in your deposition, your statements made during your IME, the plausibility of the events you have described, and whether or not your story has been consistent throughout the course of your case. In your Defense Base Act claim it is extremely important to remain consistent in the events described to all medical providers (including the medical providers of the insurance company).  It is also important to provide corroborating evidence which means your proof with photos, letters, internet articles of bombings. Bring this proof (photographs, videos, and witness statements, news articles), to support your credibility. This firm spends time preparing you for your IME and what to expect as it is important that you do well. To put it simply: Consistency is key. If the defense IME agrees you have a valid psychological injury, that is good news for your case.