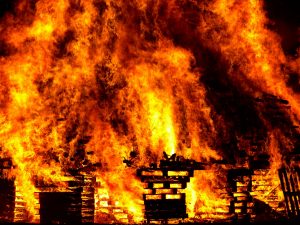 END_OF_DOCUMENT_TOKEN_TO_BE_REPLACED

When our firm received a call that a worker pulling up plywood on a new townhouse construction project had died, we went to the scene. In St. Petersburg, FL we were able to canvas the site and find the building permits to identify the company to pursue for death benefits.  Learning from the employer that he did not care about the death and would not pay benefits, only increased our desire to obtain benefits for the children of the deceased.  Every life has benefit and every life deserves respect.  This firm spoke with the owner of the project who agreed to contact the employer about the accident. 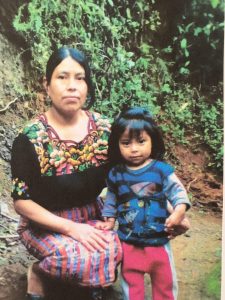 Javier Ruiz from our firm filed a claim for benefits in the State of Florida Workers Compensation Courts and after one year of litigation a settlement was reached which had to be approved through the Guardianship Court as the deceased was survived by three minor children. In the State of Florida, $150,000.00 is the maximum payment for an on the job death. After obtaining Court approvals these proceeds can be disburse to help raise 3 minor children who are forever without the aid and support of their father.

It is our unwavering commitment to those who have no voice that drives our passion to help.  We travel and fight for those who would be left without a voice, left without a remedy.  We are a better society for helping those that come here to help us perform our construction.  These are people who work to have money to send home for their children. We will not ignore indigent children because they have to eat, grow and learn all without a father who worked until his death to support them.

END_OF_DOCUMENT_TOKEN_TO_BE_REPLACED 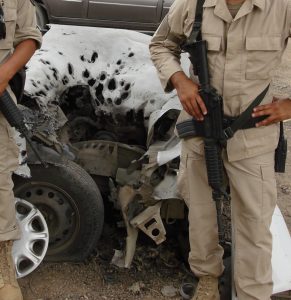 I see that when there is a tragedy such as a mass shooting there is focus on why the person did it.  Was he not schooled properly, not given enough help and so on? It may be interesting to look back but inevitably the person was evil and would commit an atrocious act in the future.
People might say, “He was a ticking time bomb,”   “I knew he would shoot up the school someday.” He had a screw loose.” Ok let’s say all those things were known to be true.
Law enforcement can do nothing. Why?  They can’t arrest people on possibilities, on crazy likelihoods or suspicions unless the person has put his plan into words written or spoken.  Remember the Las Vegas shooter never exposed his plan.  So what we need to do is give law enforcement the ability to prevent these tragedies from continuing to occur.
That is why I put my idea out as The Simple Solution. END_OF_DOCUMENT_TOKEN_TO_BE_REPLACED

Now under the Longshore statute, the injured worker will receive 2/3rd of the injured worker’s gross 52 week average of pay up to a maximum of $1,471.78 per week in 2018. If the accident caused death, then the family will receive $3,000 in funeral expenses PLUS compensation pursuant to 33 USC Section 906-909. This means the wife will receive 50% of the average wage of the decedent up to the maximum (presently $1,471.81 per week.) If there is one or more children an additional 16 2/3% will be paid again up to the maximum weekly compensation rate. The definition of children includes adopted children, stepchildren, an acknowledged child born out of wedlock,  or a child born after the death  of the injured worker. The widow’s benefits will terminate with her remarriage except for a two year stipend of compensation that will be paid in a lump sum.  In the case of remarriage, the remaining children would then receive additional compensation. If one child then that child would receive 50% of the worker’s average wage and if there are additional children then all together the children will receive benefits equal to 66 2/3 %  of the worker’s average weekly pay.  Now the benefits paid to a minor  child do not continue forever as they end when the child turns 18 or if the child is a student pursuing full time school their weekly benefits can be paid up to age 23.

If the deceased worker leaves no surviving spouse or child, then benefits will be paid to those DEPENDENT relatives including grandchildren, brothers or sisters or parents or any other person satisfying the definition of dependent under 26 USC 152.  These people must prove the injured worker contributed to their living expense in some way, ie rent, cash, payment of bills, place to live, or the like.