Obtaining up to 52 weeks of Rehabilitative TPD with the advent of the Westphal case is much easier now. This means the injured worker can receive up to 52 weeks of rehabilitative temporary partial disability (TPD)  where they have a high school education or an GED and cannot return to the same line of work. This also applies when your prior job is not available or the work is not within your restrictions. In that event, the injured worker should apply using the attached form for rehabilitative TPD benefits. The Judge cannot deny the first 26 weeks of benefits and with a high average weekly wage this can result in significant compensation benefits for the injured worker. The goal of course is to help the injured worker find a better job. Many clients can look to obtain a higher settlement in the lump sum settlement because they will release rehabilitative TPD benefits. This firm specializes in obtaining those benefits and settlements. Since 1984 we have been known in the industry for LUMP SUM SETTLEMENTS. 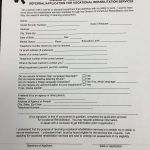 END_OF_DOCUMENT_TOKEN_TO_BE_REPLACED

The recent Caterpillar Logistics, reversed a judgment awarded in the Miami Court, and discussed the factors that would allow a person to recover damages where they are fired in retaliation for filing a workers compensation claim.  Our firm follows these lawsuits closely.

Juries are generally fairly liberal in awarding damages on these cases as they relate to the upset of being fired.  The problem in this case was that the injured worker continued on a no work status due to his physical injuries and therefore, since there was no evidence that the injured worker would recover to the point that he could return to substantial/equivalent employment, therefore the retaliation was not the cause of his future lost wages.  “In summary, the jury’s award of back pay and front pay are not sustainable because Amaya was unable to work due to his on the job physical injuries.”  Those damages were compensable through his workers compensation case.  Had the injured worker been cleared for work after being placed on a no work status due to his physical injuries and if he was unable to work due to his emotional injury then he could have been awarded the money for lost wages and loss of earning capacity.  The jury has to award money for emotional distress and mental anguish.  Based on these factors, the Appellate Court reversed the half million dollar judgment for the injured worker in Caterpillar Logistics Services, Inc. vs. Rudolf Amaya 3rd Dis. Ct of Appeals decided July 13, 2016.

I just returned from London, England where I had my client sign her release.  There was a notary requirement on the original release, but in London, a notary charges £100 pounds, which is equivalent today to $130.00.

To save my client that money, we spoke with the supervisor at the insurance company and received approval for her signature to be witnessed by two people in London, which was done instead of having a notary.  This saved the client $130.00 and we did not charge the client for our travel expenses, as we frequently do business in London. 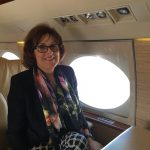 We receive calls from all over the United States from people injured while providing services to our troops stationed throughout the world.  Their injuries are covered under the Defense Base Act, which is a Federal Statute, providing workers compensation benefits.

END_OF_DOCUMENT_TOKEN_TO_BE_REPLACED

440.205 Coercion of Employees.  No employer shall discharge, threaten to discharge, intimidate, or coerce any employee by reason of such employee’s valid claim for compensation or attempt to claim compensation under the Worker’s Compensation Law.

A cause of action can be filed in the Florida Circuit Court based on the case of Smith v. Piezo Technology, 427 So.2d 182 (Fla. 1983).  The terminated employee must show that he made a workers’ compensation claim that was valid and that he was terminated due to making that claim.  This can generally be found by a termination  shortly after filing the claim. END_OF_DOCUMENT_TOKEN_TO_BE_REPLACED