Appreciation For The Armed Services And Defense Contractors 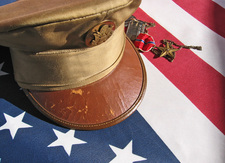 Our military servicemen and women have been exposed to brutal war time conditions in multiple regions throughout the word; most recently in the Middle East and in Afghanistan. These courageous men and women have suffered a vast array of injuries, including catastrophic spinal cord damage resulting in paralysis, amputation cases, and massive head trauma. Post traumatic shock syndrome (PTSD) has become more commonplace among our veterans. Even those who have been able to come home with little or no physical injury are often still traumatized by their experiences. Our nation and other freedom loving peoples owe an enormous debt of gratitude and respect for our Army, Navy, Marine, Air Force, and Coast Guard veterans and we want to extend our thanks to them and their families.

But, let us not forget the others who have also suffered horrific conditions in Iraq, Yemen, Kuwait, Afghanistan, Pakistan, and the rest of the Middle East. Of course, let us not forget Korea and the rest of Asia. These peoples are also brave, also our sons and daughters, and also they have been injured in war time conditions. And, yet, rarely are they mentioned in the press or in political debate. They are the men and women who willingly work for the Federal Government as contractors. They provide support, security, intelligence, and a multitude of services to our military and other governmental agencies in occupied territories and military installations throughout the world. They also get shot and blown up; suffering amputations and death when insurgents decide to use an IED (Improvised Explosive Device) at a restaurant, a coffee shop, or just on a simple roadside. We should remember and thank these contractors as well.

Theirs is often an untold story. When we look at the human cost of war and the preservation of security and peace, we have to remember that over 1,350 civilian contractor personnel died in Iraq and Afghanistan. Over 29,000 other contractors sustained injuries and approximately 8,500 of those were very serious. Many of these contractors are foreign nationals working for our Armed Forces. They risk their lives, their families, and at times their whole villages when they help the United States Military.

While there is not enough public support or awareness of the risks and dangers faced by military contractors, (defense contractors), there are legal benefits and protections available. These provide needed medical care, medical evacuation, long term hospitalization and rehabilitation. There are procedures to get lost wages suffered as a result of an injury. And, their are death benefits to help a struggling family endure the loss of a father, a mother, a son, or daughter. Our goal is to help you, the military contractor, secure services and benefits vital to you and your family.

The United States Defense Base Act allows us as advocates for the injured to secure from our key location in Florida these benefits and more. United Nations Whether you are based in Egypt, Saudi Arabia, Yemen, Iraq, Afghanistan, or anywhere else in the world, you are entitled to medical care and lost income. Whether you are a U.S. Citizen or not makes no difference. You are entitled also to help and legal representation from experienced attorneys. We are proud to represent the injured; the often forgotten, but courageous men and women of many nations who throughout the world have voluntarily joined with the United States Military in pursuit of freedom and security throughout the world.