HELPING THE INJURED
IS OUR PASSION!
CLICK HERE TO MEET OUR TEAM
Home
Articles
Florida Car Accident Articles
Car Accident Advice; What should you do if you're in a car accident in Florida?

Car Accident Advice; What should you do if you're in a car accident in Florida? 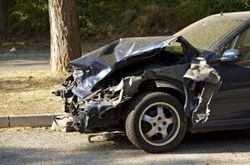 Let's face it, Florida roads and highways can be treacherous. Remember, in South Florida alone there are about five million people. Probably more! The State of Florida is estimated to have nearly twenty million residents. That is a lot of folks and that number does not include tourists and business travelers. Get the picture? Not everyone is a driver and not everyone is out on the roads at the same time. Of course, if you are trying to commute home late on a Friday afternoon you might think that absolutely everyone in the state is between you and home!

In addition to the large number of drivers on our roads, you also have to factor in other variables. Our roads do not get pot holes like they have in Chicago or the North East, but they are often in disrepair. When it rains, the roads get very slick. We also have a large number of youthful drivers who speed and for some reason, seeing someone run a red light has become almost a normal daily event. Even if you are very careful, accidents still happen. And now, as a bonus to our driving public, we have folks that are chatting away on their cell phone or who are text messaging while driving.

So, you are on your way to work, on your way to the store, or dropping off the kids at school, and the day seems like it is proceeding normally. A car, truck, or motorcycle fails to yield the right of way, runs a stop sign, and hits you broadside. You are stopped at a light and the car behind you fails to stop; boom, you get rear ended. A few dozen different scenarios typically take place every day in Dade, Broward, Palm Beach, and throughout the state.

O.K., the accident happened, and now you're asking yourself, "What do I do after a car accident?" First of all, dial 9-1-1 and ask for the police to come to the scene. If you or anyone in your car is seriously injured, be sure to tell the 9-1-1 operator the details and ask them to immediately dispatch EMS; Emergency Medical Services. Give the emergency operator as much detail as you can so they know what kind of ambulance or other equipment to dispatch. If you are just banged up (that's technical legal talk, by the way) you probably should still go to an emergency room to get checked out. When the police arrive, be sure to tell them if you are hurt and ask them to call for an ambulance. You do not have to go to a hospital. Honestly, you have to judge just how bad you may be hurt. It is often prudent to get checked out at an emergency room. More on that later.

Do not get into an argument or fight with the other driver! If you feel threatened, stay in your car. Let the police deal with any over zealous drivers. If you are able to get out of your car, then we suggest that you get the other driver's information. If they will not give it to you, at least get a description of their car or truck and their tag number. Try to get the names and telephone numbers of any witnesses. Cases are often won or lost based on the short but honest statements of a witness.

Take pictures; especially of the other vehicle and the accident scene. We either ask our clients to get pictures of their own cars or we have photographers and investigators get those pictures. Your car can always be photographed later, but you may not get the chance again to get photos of the other vehicle. The scene may not be the same later, so get some shots! These days with the prevalence of cell phones and pretty decent cameras built into those phones, you will hopefully be able to get some very valuable photographs.

When the police arrive, stay calm and describe exactly what happened. Listen, if you can, to what the other driver says. If the other driver apologized or admitted responsibility in a mature and honest fashion, then be sure to advise the police officer. You should also get the police case number for use later at our no obligation free consultation. After the police have left, you should either be on your way to the hospital via ambulance (if necessary) or getting home safely on your own. If you decide that you require an emergency room visit, you should still call your own doctor, an orthopedist who specializes in accident cases, or a chiropractor that you know and trust. Getting documentation of your injuries and prompt treatment makes an enormous difference in your ultimate physical and financial recovery.

Do not give a statement to the other driver's insurance company. You are not under any obligation to even talk to them. Be polite, but do not give them a statement. You can tell them to call your attorneys to get any necessary information. Remember, remain calm and stay focused on your getting well. We would be honored to help you and guide you through any and all steps in your case.