In the case of Rucker v. Just Brakes and The Hartford, 36 FLWD 2663, decided December 2, 2011, the Appellate Court held that the judge could not deny penalties and interest on the Temporary Partial Disability where the Employer/Carrier had never raised that as a defense

The Judge found the Claimant had not filed the Employee Earnings Reports, also called DWC-19 forms, and thus was not entitled to the benefits until the Claimant filed the forms. The Appellate Court held that the Judge violated the Claimant's due process rights by considering a defense not raised by the Employer/Carrier. The Judge erred in denying the penalties and interest pursuant to the previously decided case of Republic Waste Services, Inc. v. Ricardo, 68 So. 3d 934, 936 (Fla 1st DCA 2011). That case held that once the Claimant shows he is entitled to Temporary Partial Disability benefits and shows he was not paid these benefits within seven (7) days of the date they became due, the Claimant has made a prima facie case for penalties and interest pursuant to Fla. Stat. Annotated §440.20 (6)(a)(2009). 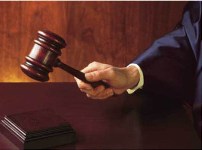