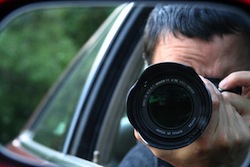 An insurance company is a business entity and it is not going to spend money on surveillance where there is minimal property damage and the injury case can settle for $3,500.00. However, where there is significant property damage and the Plaintiff by his attorney claims a permanent personal injury which has greatly affected his life, such as limping or the inability to work, the insurance company will employ surveillance. The insurance company will seek to show the surveillance if it negates the injury claim to the injured individual's doctors and to the jury or judge in court. The standard upon which the courts will allow the surveillance is set forth in case law. So long as the videographer, i.e., the person who took the video, testifies that what is on the video is a fair and accurate representation of what happened, the recording can be admitted. 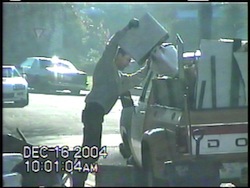 The injured person should be aware that they can expect surveillance. For example, diving to catch a football will not make the insurance company believe you are injured (as one of my clients found out the hard way!) So always expect surveillance and have it prove your injury, such as a limp or other physical limitation.

In Dodson v. Persell, 390 So.2d 704 (Fla. 1980), the Florida Supreme Court ruled that the surveillance film conducted by a private investigator has to be revealed and shown to the plaintiff's attorney where it will be used at trial. This means it has to be shown to the injured person after his deposition is taken which means the injured person must always testify truthfully about his limitations and activities. Five critical points were made by the Florida Supreme Court in Dodson: