HELPING THE INJURED
IS OUR PASSION!
CLICK HERE TO MEET OUR TEAM
Home
Articles
Defense Base Act Articles
Unrest in Egypt; Will it turn out as badly as in Iran?

Unrest in Egypt; Will it turn out as badly as in Iran? 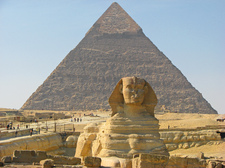 The United States has had difficulty determining which side or sides to support in the recent unrest in Egypt. For thirty years, Hosni Mubarak lead a stable economical, political, and military regime in Egypt. As our defense contractors and their many employees well know, the United States has had close military ties with Egypt during the Mubarak administration. Of course, the United States is also the international champion of freedom and democracy. Our legal system has provided some of these protections to our citizens and those who work for defense contractors and the U.S. Military throughout the world.

On one hand, the U.S. supports the people's right to peaceably assemble, to choose in a democratic process their leaders, to make laws through elected assemblies, and to seek redress for wrongs in unbiased courts. John Adams, Thomas Jefferson, and Benjamin Franklin during the Second Continental Congress wrote into our Declaration of Independence those very principles. George Washington, our first great military leader and later president, fought the British and their Hessian mercenaries for many brutal years to win those precious rights. It is hard, therefore, to reconcile America's historical role in promoting democracy with our support (up until now) of the Mubarak administration.

Our defense contractors and those many that work directly or indirectly for them are also scrambling to achieve a balance. Egypt has for decades received American military support; arms, equipment, support, and money (in the billions). The popular uprising in Egypt has unseated Mr. Mubarak who resigned just days ago. The Egyptian military is in official control and has promised to hold free and fair democratic elections within six months. What will really happen? When? How?

These questions are being posed at the highest governmental and business levels throughout the world. The BBC (British Broadcasting Corp.) frequently has the best coverage; comprehensive, current, and unbiased; on this and related topics and we invite our clients to keep current on these developments. Their link to the Middle Eastern section of the World Report is at BBC Middle East. Please remember that what happens in Egypt is likely to have significant effects in the entire region and this may very well affect you directly.

Whether you are working in Iraq at Victory Base, Camp Taji, Abu Ghraib, or Fallujah, you need to keep abreast of these developments. If you are based in Qatar at the Al Udeid Air Base or are in Kuwait at Camp Buehring or Camp Ali Al Salem, then you and everyone else in the region need to track these news stories. Remember, in Iran, in 1979 it was popular student demonstrations and uprisings that toppled the Shah from power. It was only after that, when there was great political instability, that the Ayatollah Khomeini seized an opportunity to gain power as sweeping and totalitarian as that held by the Shah. In Egypt, the Moslem Brotherhood and others may seek to do the same.

When there is great political instability, there is even greater risk of conflict and injury to the employees of defense contractors providing logistical support, security, and other services to the United States Military. Should injury or death occur due to this regional instability, you or your family should immediately consult with experienced attorneys strategically based in Florida to quickly secure the medical and financial benefits of the United States Defense Base Act.