This firm likes to find third party liability cases and obtain settlements for the clients. However, we will not lie to a client about their having a third party claim. Just to be clear there are no valid pending lawsuits against Triple Canopy and/or SOC. This includes cases against them for unpaid wages or whistleblower (quitam) cases. The former employees of these companies do not have standing to bring these cases in the USA which means there is no money the client will obtain on these cases. The only successful case against Triple Canopy was filed by the U.S. Government based on information given by a former employee who documented the U.S. Government was overcharged by Triple Canopy. This was based in the fact the guards Triple Canopy hired could not pass a firearms test and falsified test scores for unqualified guards and thus the U.S. Government was overbilled for the skill level of the guards. Here is the link to the Justice Department: 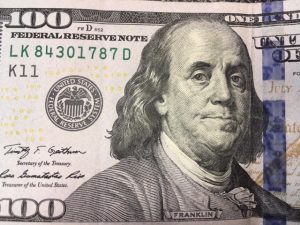 I have reviewed contracts and received information that our clients and other guards injured in war zones are being asked to pay money to attorneys in Peru who will make third party  claims. This is not allowed under U.S. Law. Understand the DBA is a law that allows workers injured while under contract to an American contractor to recover for medically documented injuries such as hearing loss, psychiatric issues, physical injuries and lost wages; but not pain and suffering. There is no 3rd party case to be made for the injured workers in Peru.  We do not ask for the worker to pay money up front and you should not give any attorney money up front nor from your settlement. Recently I have heard rumors that a Peru attorney will guarantee an $85,000 settlement on a 3rd party case.  An injured worker should not give up the money we obtain for them on their settlements by signing any part of it away to an attorney pursuing a 3rd party lawsuit in Peru. We have actually seen a contract distributed by a Peru attorney which states he guarantees the client that signs his form a million dollars plus he asks them to pay him money. This is not proper and there will be no settlement of $1,000,000 nor $85,000 based on lawsuits filed in Peru.  Do not fall for this and do not give away your money that we work so diligently to obtain for you.