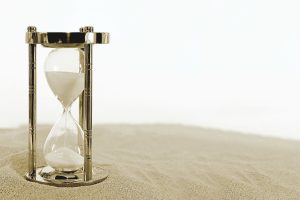 Did you know that there exists time period in which you must file your Defense Base Act claim in order to be eligible for compensation checks? Have you been told by an adjuster from one of the infamous insurance companies like Gallagher Bassett or AIG that your “statute has run”?  In reality, your statute may not have expired at all! As an initial matter, there exists no time limit for medical treatment. This means that even if you had your injury 20 years ago, you are still eligible to file a claim for medical treatment! Medical treatment is never time barred (unless you settle your claim for a lump sum of money, then your medical claim usually closes forever).

There exists TWO statutes of limitations in the Defense Base Act: Sections 912 and 913.

Section 912 of the LHWCA/DBA provides that notice of an injury or death must be given within 30 days after injury or death, or within 30 days after the employee or beneficiary is aware of, or in the exercise of reasonable diligence or by reason of medical advice should have been aware of, a relationship between the injury or death and the employment. With respect to occupational diseases, such as mental injuries and PTSD, the statute provides for notice within one (1) year. PTSD is often classified as an occupational disease. Section 912 is the “nicer” statute, as there are several ways to get around it, including showing that the insurance company was not “prejudiced” (hurt) by the failure to timely file. We have won several cases by arguing that there was no harm! No harm, no foul as the saying goes.
Section 913 is the harder statute of limitations to get around. Section 13(a) applies in both traumatic and occupational (PTSD) cases. With respect to physical injury claims, it states that the right to compensation is barred unless a claim is filed within one year of the date the claimant becomes aware, or in the exercise of reasonable diligence should have been aware, of the relationship between the death and the employment.

With respect to “occupational” injuries, the 1984 Amendments added Section 13(b)(2), which provides a separate statute of limitations for claims for death or disability due to an occupational disease which does not immediately result in death or disability, such as PTSD, which manifests itself many years later, usually after a worker has stopped working for the employer. Claims, like PTSD, are “timely if filed within two years after the employee or claimant becomes aware, or in the exercise of reasonable diligence or by reason of medical advice should have been aware, of the relationship between the employment, the disease, and the death or disability, or within one year of the date of the last payment of compensation, whichever is later.” 33 U.S.C. §913(b)(2).

Don’t be fooled by the insurance carrier telling you it is too late to file your claim! Our firm has won many Defense Base Act cases where the adjuster/insurance company fought tooth and nail on the statute of limitations issue, only to lose because they could not establish/prove all of the elements needed to raise this defense! For example, your statute of limitations does not generally start to run until your earning capacity ( i.e. ability to earn wages), has been negatively impacted. Don’t be scared or intimidated by the insurance company’s tactics. Let our attorneys do the fighting for you! We here at Attorneys Jo Ann Hoffman & Associates would love to help you with your DBA claim. Feel free to reach out for a free consultation! 954-772-2644.