As we attempt to navigate through unchartered waters, the concern for most workers who return to work – whether you are a frontline worker or in the private sector and have no alternative but to work – is whether or not you will be covered under Florida Workers’ Compensation Laws if you contract Coronavirus (COVID-19).  The good news is you are covered if you are a Florida frontline employee.

Are private sector workers covered for covid? It is not easy as the private worker must prove that Covid or Coronavirus which is considered an occupational disease, was contracted due to a unique risk or exposure 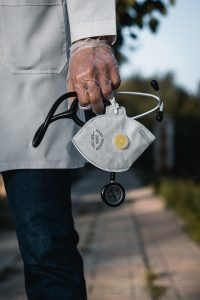 hazard at work; was contracted during employment; and that the nature of employment was the major contributing cause of the disease. Florida law 440.151.  This burden is not an easy burden to satisfy, especially for private sector worker which includes, but not limited to, grocery employees, office employees, laborers, support staff workers, restaurant employees, etc.  However, as of late, the burden for state frontline workers is no longer as stringent.

In the case of Jose v. Goodwill Industries and Gallagher Bassett, decided January 23, 2014, the First District Court of Appeals in Florida held that a Goodwill worker who passed out and fell at work was not able to pursue a workers’ compensation case because the claimant failed to produce objective medical findings substantiating an injury resulting from his fall at work.  However, the Appellate Court noted that none of the doctors had been asked about the hospital CT scan taken on the date of the claimant’s accident, which revealed a hematoma or some hemorrhage.  Neither of the doctors had been asked whether that condition substantiated an objective medical finding substantiating an injury at work.

Pain may serve as the basis of an emergency medical condition if, in the absence of immediate medical attention, the claimant could reasonably be expected to suffer “serious dysfunction of any bodily organ or part.”  In the case of Manuel Cespedes v. Yellow Transportation, the First District Court of Appeal decided on November 26, 2013, that in this case the claimant had a compensable injury on March 20, 2006 and was MMI’d by Dr. Chris Brown with a 6% impairment for an L5-S1 disk herniation.  Thereafter, he treated intermittently with Dr. Brown. On March 19, 2011, he was admitted to Kendall Regional Medical Center under the care of Dr. Acebal, Claimant was found to have a massive herniated disk at L5-S1, severely compressing the nerve roots and Dr. Acebal did immediate surgery at L5-S1.  Prior to surgery Dr. Acebal offered to transfer the Claimant’s surgery to Dr. Brown because he needed immediate surgery.  Dr. Brown told Dr. Acebal to do the surgery.  On March 22 Dr. Acebal performed surgery and the Employer/Carrier denied any further medical care.  The Claimant tended to offer into evidence the opinion of Dr. Acebal, but the Employer/Carrier objected.  The JCC erroneously sustained that objection. This case was eventually reversed with the Employer/Carrier being ordered to pay for the surgery.   END_OF_DOCUMENT_TOKEN_TO_BE_REPLACED 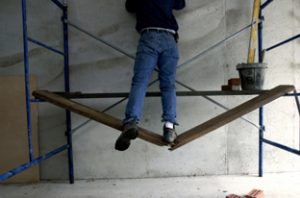 A Florida Court has held that an illegal alien who was injured on the job is entitled to workers’ compensation benefits.  In the case of HDV Const. Systems, Inc. v. Aragon, 66 So. 3d 331 (Fla. 1st DCA 2011), the Claimant, Luis Aragon, was an illegal alien who was injured while working as a framer.  As he was working, he fell from a height of 30 feet and sustained numerous fractures to his left foot and left forearm.

Mr. Aragon was severely injured and received extensive medical treatment, including the implantation of a spinal cord stimulator.  The doctors determined that the fall left him with severe permanent injuries, which included complex regional pain syndrome in the left foot accompanied by constant pain, nerve injury, and discoloration.  Because of his injuries, the doctors determined that Mr. Aragon had permanent restrictions which would limit him to sedentary work only, meaning that he would be unable to perform any of his pre-injury occupations, which included construction, farming, and manufacturing.

Luis Aragon did not have a valid Visa and was living in the United States illegally.  In addition, he had no driver’s license, had a limited education, was unable to speak, read, or write in English, and had no transferrable skills which would assist him in obtaining the sedentary employment to which he had been restricted by his doctors. END_OF_DOCUMENT_TOKEN_TO_BE_REPLACED